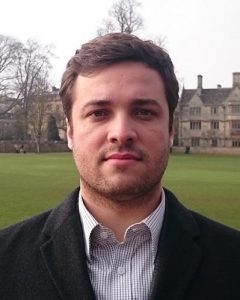 Rodrigo Vitorino Souza Alves is a member of the Faculty of Law of Universidade Federal de Uberlândia, the Federal University of Uberlandia (Brazil) and the Leading Researcher of the Brazilian Center for Studies in Law and Religion. He is a researcher at the Ratio Legis – Center for Legal Research and Development of the Autonomous University of Lisbon on the topic religious freedom, social tension and security, and was an Academic Visitor at the University of Oxford (2014-2015). At the United Nations Office at Geneva he served as guest speaker at the Sixth Session of the Forum on Minority Issues on Beyond Freedom of Religion or Belief: Guaranteeing the Rights of Religious Minorities (OHCHR), which led to the publication of a set of recommendations by the Human Rights Council. He sits at the International Academic Advisory Board of the Advanced Program on Religion and the Rule of Law at Oxford and is a member of the Editorial Board of the Series Law and Religion in a Global Context, published by Springer, and the editor of the book Latin American Perspectives on Law and Religion. He was a member of the Expert Advisory Group for the International Development of Law Organization (IDLO) study on freedom of religion or belief.