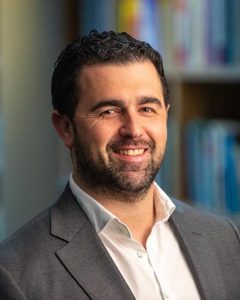 Joshua Roose is a senior research fellow at the Alfred Deakin Institute at Deaking University in Melbourne. He previous was a senior research fellow at the Institute for Religion, Politics and Society at the Australian Catholic University. His primary research interests include law and religion, legal pluralism, political violence and political Islam. Joshua has previously been a visiting scholar at the East Asian Legal Studies Program at Harvard Law School and the Hagop Kevorkian Centre for Near Eastern Studies at NYU. He an editor of the Journal of Sociology and was an associate editor of the legal theory section of the Wiley Blackwell Encyclopedia of Social Theory (2018). Joshua’s current research focus is on the tension between the Sacrament of Penance and Reconciliation (Confession) and State laws requiring mandatory reporting of childhood sexual abuse or neglect in the context of the Australian Royal Commission into Institutional Responses to Childhood Sexual Abuse. He is particularly interested in the implications for freedom of religion resulting from these tensions.