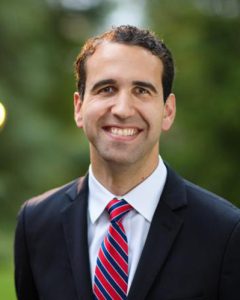 Brian Bird’s primary research interests are constitutional law and theory, interactions between courts and legislatures, jurisprudence, philosophy of law, legal history, and bills of rights. Before joining Allard Law, Brian was a postdoctoral research fellow at Princeton University in the James Madison Program in American Ideals and Institutions. At Princeton, Brian was also a lecturer in Politics. Brian’s academic writing has appeared in venues such as the Dalhousie Law Journal, Cambridge Law Review, Alberta Law Review, Supreme Court Law Review, and Manitoba Law Journal. He is coeditor of The Forgotten Fundamental Freedoms of the Charter (2020, LexisNexis Canada). Brian’s writing on current affairs has appeared in a variety of media outlets. Brian clerked for judges of the Supreme Court of British Columbia and for the Hon. Justice Andromache Karakatsanis at the Supreme Court of Canada. He completed his doctorate at McGill University. He also holds degrees from the University of Oxford, the University of Victoria, and Simon Fraser University.